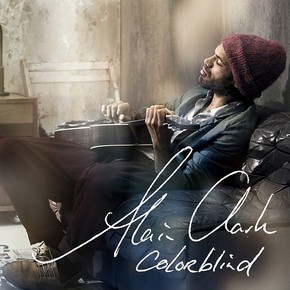 Alain Clark, originally from Holland, has just released his second album, Colorblind, in the Benelux countries only this past May.  Both of his albums (Live It Out & Colorblind) are in English….just in case there is any doubt.

The first single from Colorblind, the new record, is “Love Is Everywhere”.  It went to radio this past April and has received constant airplay.  The video for the song “Love Is Everywhere” was shot by Alain himself using a Flip video camera.  It’s pretty simple, but cool and has a great positive message.

His second single “For Freedom” is now going to radio,  (click here for a FREE DOWNLOAD). It’s a great song with fantastic lyrics and is a very positive, uplifting track.

It’s been a good ride and it just keeps gettin’ better. Nearly 2 years and hundreds of days of touring Italy, Switzerland, Germany, UK, Belgium, and of course, his native Holland, and Alain now offers up a new collection of songs on Colorblind, the new album.

Alain has just finished writing, recording and producing, “Colorblind,” the follow-up to “Live It Out,” 2008/2009’s award winning, multi-platinum album which includes the hits This Ain’t Gonna Work, Father and Friend, and Blow Me Away.

“Gotta get away cause life’s coming at me fast, without a single sign of slowing down,” are the opening lines of Wonderful Day, the first song on “Colorblind,” Alain’s new and much anticipated, 2nd album. “Something better turns this tide around.”

The second track, Caught in a Loop, opens with, “Feels like I’m running in circles, spinning ‘round with nowhere to hold.” He concludes, “Feels like I’m stuck here forever, lonely in the midst of a crowd.”  This seems to be an honest admission of how success can be intimidating when it comes on so fast.

“Colorblind” is Alain’s embrace of his new reality, big time fame and success, across Holland and now spreading around the world. Alain offers up twelve new songs that are a collection of heartfelt emotions and personal experiences which further bear his soul.
From the first single, Love is Everywhere, to the reflective Good Days (“I don’t live here anymore”), the emotional duet Too Soon To End (with Diane Birch), and the uplifting For Freedom, Alain shows us once again the depth of his songwriting. These songs are a new and widely varied embodiment of work. You won’t hear the same song done over.

Alain Clark is a new generation of soul singer, paying tribute to inspirations Marvin Gaye, Stevie Wonder, Michael Jackson, and George Benson.  He has an wonderful ability to weave vocals and instruments into melodic pieces that seem to transport the listener at once back to the days of Motown greats and forward into the future.  Like “back to the future,” he grins.  Hints of his influences Prince, Earth Wind and Fire, and even The Beach Boys permeate throughout. I Saw You Again is a West Coast vibe with a soulful  spine.

On “Colorblind” Alain again works with legendary drummer Steve Gadd, and this time around adds the skills of Dean Parks, Michael Sembello, and Pino Palladino to the mix.  Alain recorded in Los Angeles, London, and Amsterdam and mixed the songs at the famed Galaxy Studio in Belgium.  Rounding out the talented musicians playing on Colorblind, listen for the vocals of Caro Emerald, Jaqueline Govaert (Krepzip), Giovanca, Sabrina Starke, and Sanne Hans. 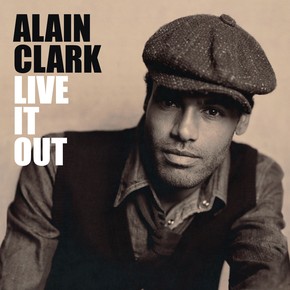 In a year in which he was a mainstay of the Top 10, Clark progressed from being an unknown support act to Amy Winehouse to becoming an arena-filling star in his own right and collected two of the Netherlands’ most prestigious musical honors in the process. There is very much a Motown feel on the album’s first single ‘This Ain’t Gonna Work’ that announced Clark’s arrival in style as it scurried up to #3 in the charts. The subsequent singles ‘Father and Friend’ (#2), ‘Blow Me Away’ (#8) and ‘Fell In Love’ (#10) cemented Clark’s reputation and forced Live It Out’ past double Platinum status with near immediacy as well as to a peak position of #2 during an epic stay in the charts. Clark was also the star of national radio station 3FM’s award ceremony, earning Best Single (for ‘Father and Friend’), Best Male Singer and Best Newcomer.

Alain received multiple awards for his first record, Live It Out, released 2 years ago, again Benelux only.  It went multi-platinum and sold upwards of 300K units; a very respectable number anywhere these days and particularly so in Holland/Benelux.  The big single was a duet with his dad called Father and Friend.  To date it has over 4 million views!  And again, it was only released in the Benelux.