Come celebrate Christmas early with the 60 Hurtz crew as they host an evening at the legendary Don Hills Nightclub. Detroit super producer Kyle Hall will spread holiday cheer with an eclectic set of House, Techno, and Dubstep for his last American tour date for the summer.

Plus Son of Sound (aka Henry Maldonado, House 2 House, Rhythm Section) of Play it Loud / Speak Recordings will also be dropping by to play a special set, to get people in the holiday spirit.

LowBo makes his début as the newest 60 Hurtz resident along with the Dubstep duo Stitch N Eye-V!!

And no holiday celebration is complete without presents and stocking stuffers!!

The crew will be giving away PRESENTS from the following sponsors:

$10 Pre-sale Tickets are available at wanttickets.com with promo code: DECKTHEHALLS

Get a preview of Saturday’s festivities, as Kyle Hall will be doing a special in store session, meet & greet and record signing at Halcyon Records Friday in Dumbo Brooklyn from 5pm – 9pm

More Information is available at: www.60hurtz.com

When people talk about The New Detroit, it’s a safe bet that 18-year-old producer and DJ Kyle Hall is going to be a major part of the conversation. Born into a musical family, Hall grew up in the same Motor City neighborhood as techno legends like Robert Hood, Kelli Hand, and Anthony “Shake” Shakir, was later mentored by guys like Mike Huckaby, and now sits at the forefront of his hometown’s next generation. He’s already dropped releases on high-quality labels like FXHE and Hyperdub, and also helms his own imprint, Wild Oats. Not bad for a kid who’s not even old enough to drink yet.

Anthony “Tone” Khan had made his bones recently in the hip-hop world as a close collaborator with Common, but the Chicago DJ/producer’s dance music bona fides are impeccable. The man behind Great Weekend did his time on the floor at The Music Box, got tips from Armando and Mike Dunn and counts none other than Chaka Khan as his Aunt. Also known as Ynot, He produced and performed on Common’s first three albums which includes the classic “Resurrection” LP where he performed on the song “Chapter 13” [Richman vs. Poorman].It’s Now should support that assertion as well: Composed of two blinding bits of disco house, borne of a life spent in love with dance music. 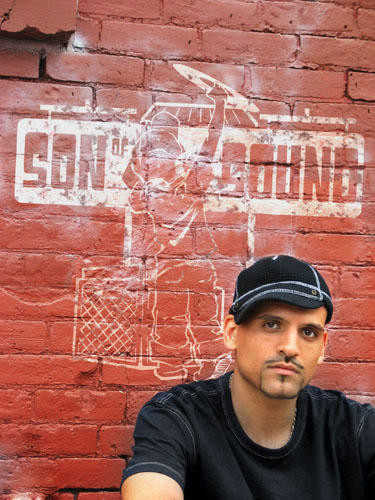 Henry Maldonado recently reinvents himself as Son of Sound. A quick discog search will immediately associate him with his House 2 House, Rhythm Section and various other aliases during House Music’s run throughout the 90s. Releases on seminal U.S. House labels Strictly Rhythm, King Street, Henry Street and MAW Records would later set the stage for his Nu-Disco imprint Speak Recordings. His label boasts a catalog of releases that includes Nu-disco royalty In Flagranti, Nick Chacona, Michoacan, Drrtyhaze, Stevie Kotey, Dean Meredith and his own Son of Sound releases.

Stitch N Eye-V play electronic music of all types from fat dirty house to wobbly dubstep , rocking rooms in both the big apple and the nations capitol. They love simple hooks and over compressed drums, and know how to put it all together. Forget sticking to just one genre — as DJs, they are known for their diversity and their knack for picking tracks from across the musical spectrum. With their new Dub Empire Podcast recently launched on iTunes, and plans for a digital music label underway, Stitch N Eye-V will continue to bring cutting edge dance music to U.S.

Want Some Aural ?!?!?!? Listen To FREE Music By Each Artist!